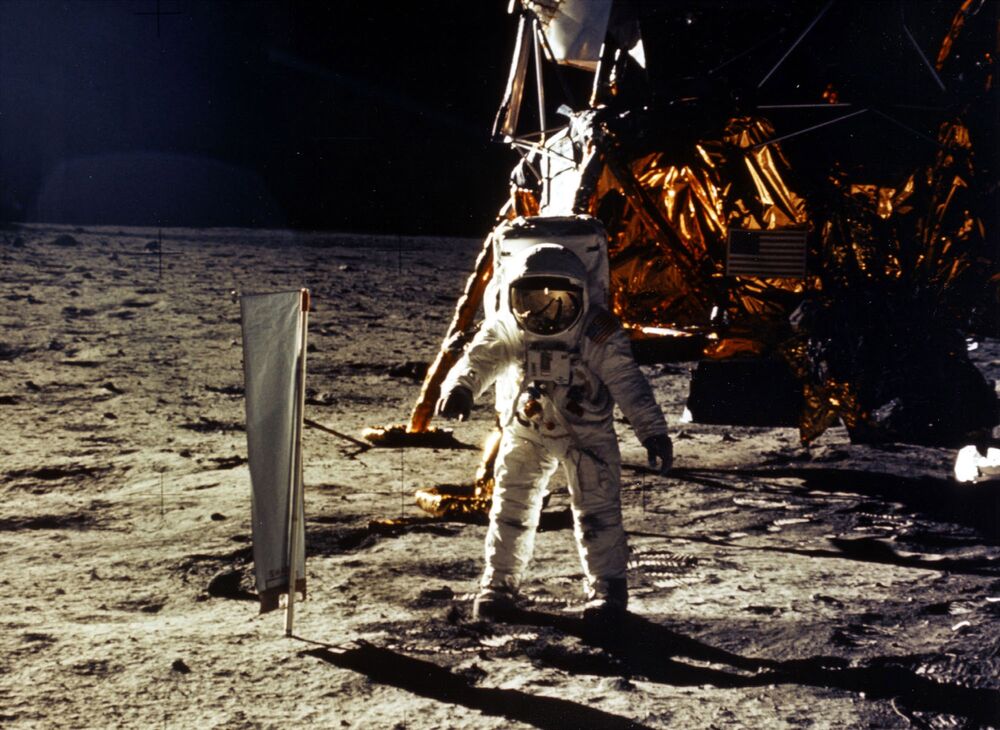 A NASA intern who paid $217.77 for the original videotapes of the Apollo 11 moonwalk sold them $1.8 million at a Sotheby’s auction Saturday.

That’s 8,000 times what intern Gary George paid for the 1,150 reels of tape in a government surplus auction at the Johnson Space Center in 1976. The tapes, 2 hours and 24 minutes long, includes Neil Armstrong’s famous declaration: “That’s one small step for a man, one giant leap for mankind.”

The sale marks the 50th anniversary of the 1969 moon landing.

On Saturday, Vice President Mike Pence joined Buzz Aldrin, who walked on the moon, and Rick Armstrong, Neil’s son, at the Kennedy Space Center to celebrate the landmark space mission. Armstrong died in 2012 at age 82.

Above article is extracted from www.bloomberg.com