6 Things You Probably Didn’t Know About The Malaysian Ringgit Get to know your ringgit.

This article first appeared on Ringgitplus. Visit the site for more articles on personal finance.
It's the Merdeka month, which means there’s no better time to get to know more about our beloved country. And what part of Malaysia does RinggitPlus know best? Her money, of course.

In its relatively brief history as a currency, the ringgit has gone through quite a bit of evolution over the years and we bet there’s a fun fact or six about it that you probably haven’t even heard of… Back in the Portuguese colonial era, the type of money widely circulated was the Spanish silver dollar. The craggy and irregular edges of the coin were the distinctive features of this currency, so the Malays of the time would refer to them as “ringgit”, which means “the jagged ones“. Now that word is exclusively used to refer to the Malaysian currency.

2. We sometimes call it the dollar because it used to be called the dollar If you’ve ever heard someone describe the price of something as “10 dollars” when you know it’s 10 ringgit, you probably think they’re just making a translation mistake. While they might be wrong now, if they had said that before August 1975, they would be correct.

So with this new Malaysian Dollar, Bruneian Dollar, and Singapore Dollar, the three countries decided to sign a Currency Interchangeability Agreement to make their dollars exchangeable at par with each other. However, Malaysia pulled out of the agreement later in 1973. Two years later, the official names of the Malaysian currency became Ringgit and Sen.

3. You can still use the old 1 sen coin as money 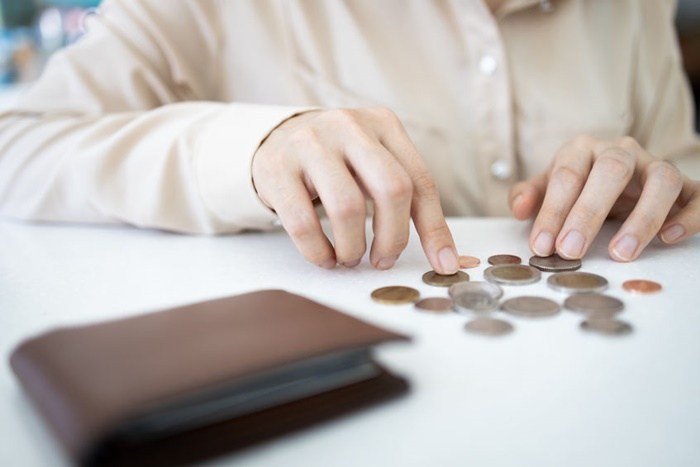 In 2008, a rounding mechanism was introduced where prices of the total bill of any purchase would be rounded to the nearest 5 sen, as a move to eliminate the 1 sen coin from circulation. By this time, the RM1 coin has also been demonetised for three years since we already have the RM1 banknote.

Despite this, if you have these coins in your purse or somewhere around the house, you can still use it as legal tender - but only for payments up to RM2. The seller would probable get annoyed and maybe even refuse to accept it though. So maybe it's best to hold onto them or exchange them at the nearest bank.

4. Our banknotes have had a new signature on them for a while now If you take a look at the Malaysian Ringgit you have with you right now, you should be able to make out the signature of a Bank Negara Malaysia governor. If that signature is that of a "Zeti Aziz", that's because she's a former governor of Bank Negara who served for 16 years.

Her term is only the second longest after Tun Ismail Mohd Ali, who served for 18 years from 1962 to 1980. That' pretty impressive, since the average tenure is just five years. Tan Sri Zeti Aziz was subsequently replaced by a new governor, Tan Sri Muhammad bin Ibrahim, and new Malaysia Ringgit issued from September 2016 bore his signature. There is very limited supply of those versions of banknotes at the time of writing, so not a lot of people are aware of this.
In fact. the supply for these notes is so limited, people are already selling them on eBay for a giant markup.
This supply is getting even more limited now sin Tan Sri Muhammad bin Ibrahim has already been replaced by Datuk Nor Shamsiah Mohd Yunus in June 2018.

5. The state of Kelantan wanted to stop using the ringgit Back in 2006, the Malaysian state of Kelantan made their own coins out of gold, stating it’s closer to the practice of the prophet Muhammad and that the current fiat currency has been compromised by usury and other un-Islamic practices.
These Kelantanese gold coins are called dinars and was implied by the state government that it should replace the use of Malaysian ringgit in the state.

However, Kelantan’s own religious authority issued a statement saying they can’t use the dinars as legal tender as states don’t have the power to make their own currency. Today, you can still find people who hold on to these dinars since they’re made of gold and have an actual value outside of its use as currency. Just don’t try to pay for ice cream with them.

6. The latest 50 sen coin has a cool security feature The latest series of coins in circulation were issued back in 2012 and features gold-coloured 50 sen and 20 sen coins. What it also featured was a funky little security feature on it that you probably aren’t aware of.
Tilting the coin on its reverse side shows a latent image of the number “50” and the word “sen”. Pretty cool since it’s often banknotes that get these extra security features – now we have it on our coins too.
As it turns out, the history of currency used in Malaysia from RM to Sen can be as rich and as interesting as the history of our food, music, and culture. Who would have thought?
So remember, the next time you pull out your Malaysia money, know that you’re holding essential pieces of Malaysian history right in the palm of your hands. MNP commenced its operation by securing several financial institutions’ agreement to conduct foreclosure auction of real estate. It was not until 2014 to practically diversify its portfolio when it was appointed the first ever official auctioneer of Bank Negara Malaysia (Central Bank of Malaysia) to handle the Bank’s auction of Malaysian Banknotes with special serial numbers. MNP further strengthened its antique and collectible auction market leadership when it launched the inaugural Straits Chinese Antique Auction in May 2017. MNP was awarded ISO 9001:2008 in Quality Management System in year 2010 (upgraded to ISO 2001:2015 in 2018). It achieved another milestone when it was awarded the National Mark of Malaysian Brand jointly by SIRIM and SMECORP in 2015.